Adding a map to the blog 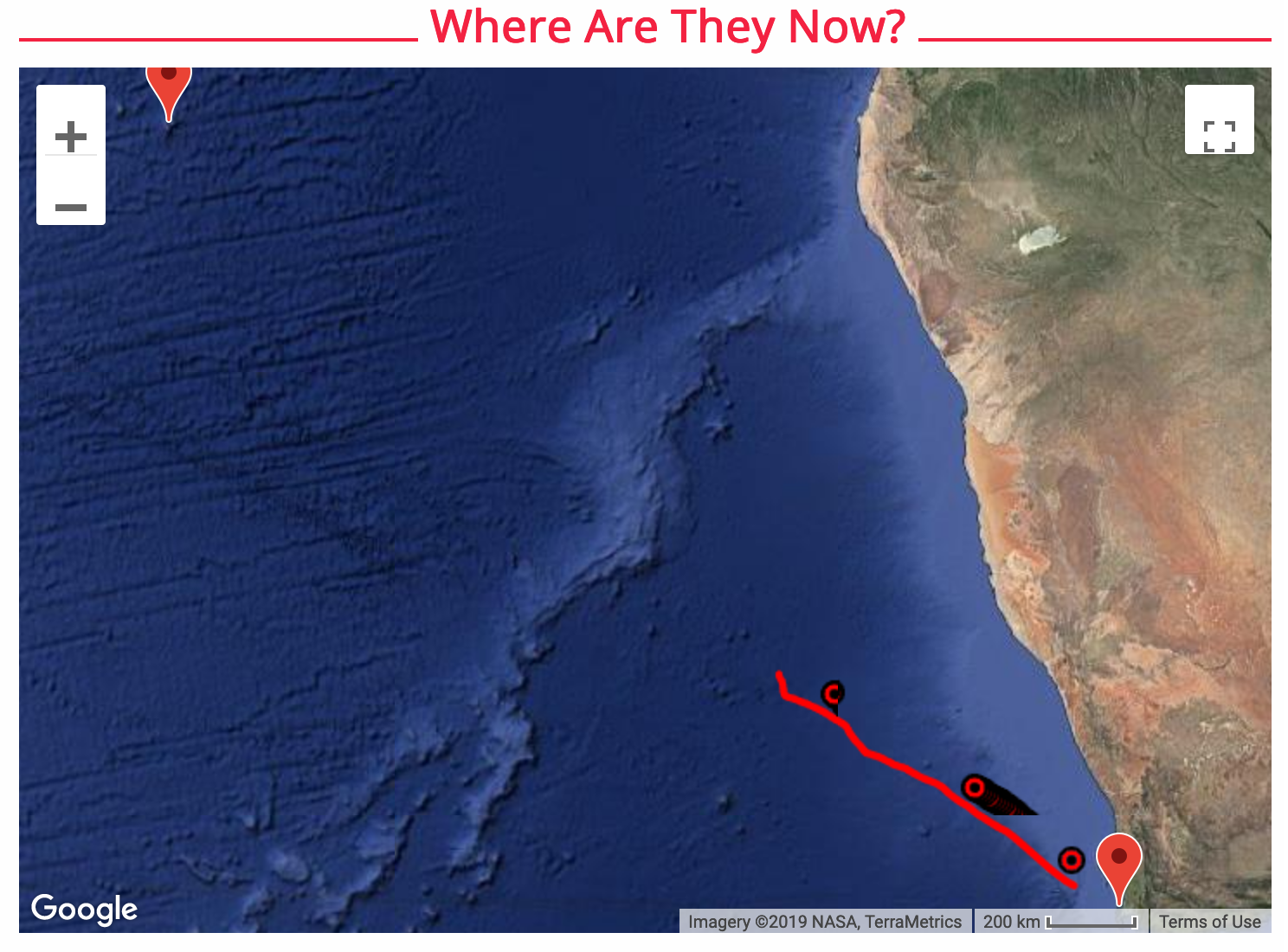 I wanted to show a map of the track and location of Vingilótë. It works and you can find it at Where Are They Now?. It is manually updated: taking live data and doing it automatically (though, likely delayed), is the next bit of free time programming.

Vingilótë has a ridiculous number of ways to track her location off of GPS:

But how to get at it?

First step was generating the KML, uploading it to the webserver, and plugging it as an overlay into the WordPress plugin I use for maps (WP Google Map Pro), showing the map on a new page, and linking the page to the main menu.

It worked, but needed some tweaking with the size and center of the map, adding departure and destination points and the KML generated by Garmin was not great. It used a blue thin line and large icons. A bit of experimenting with regular expressions, to change the colors, thicken the line weight, change the Icon on the waypoints, strip PlaceMarker sections of messages and device status changes. Then cleaning up the popups by editing the HTML-encoded HTML to only show the fields I wanted. Once that was working, encoding those in sed and a bit of bash scripting to take the latest file, run it through sed, rename it and scp it to the webserver.

2 comments on “Adding a map to the blog”