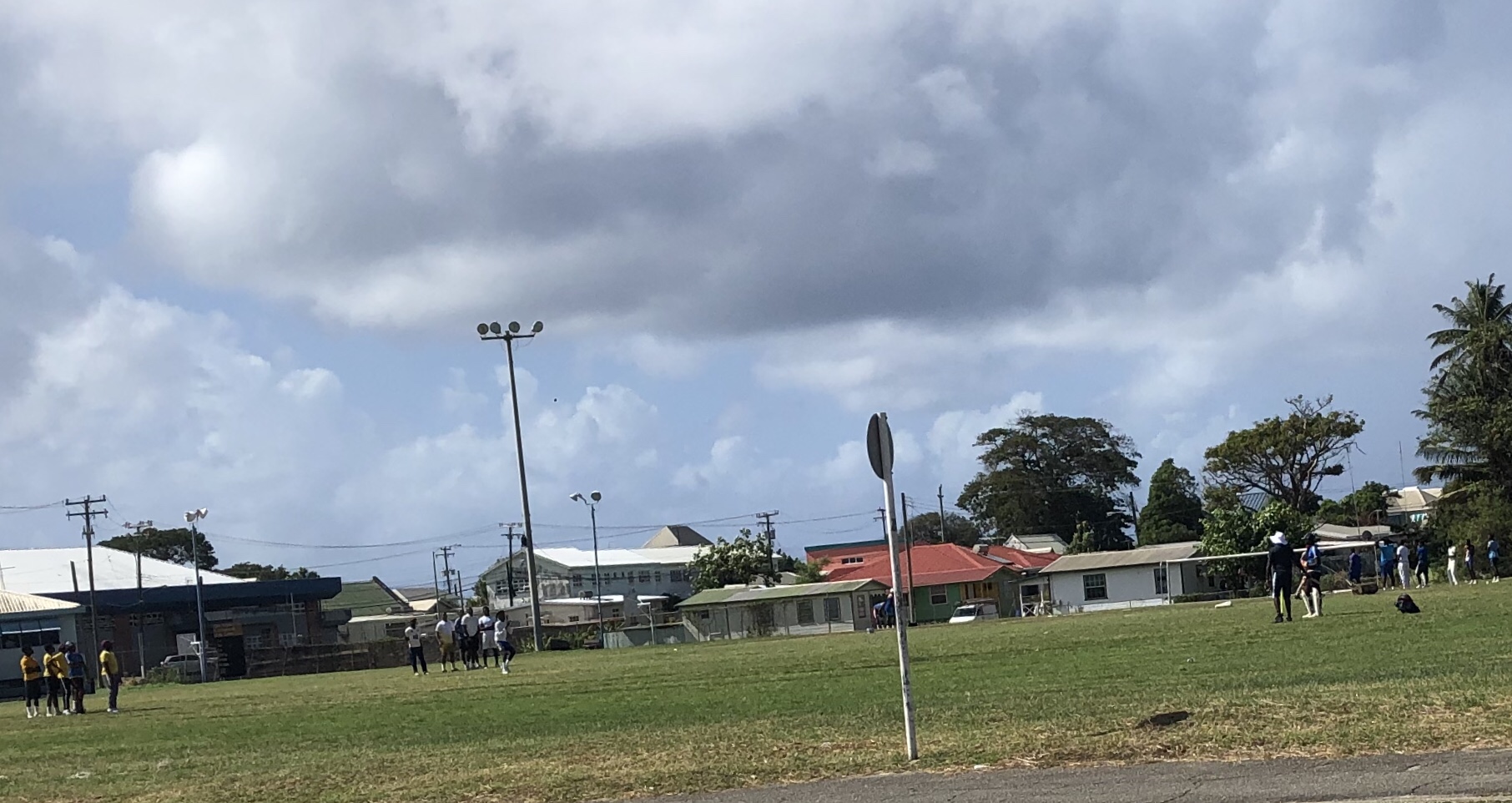 Phil Berman (president of Balance Catamarans) introduced us to his friend Captain Ron Williams and his lovely wife Rosalia, and they are most awesome people. Ron and Rosalia own a cat charter company called Wasnt Me, in Bridgetown- if you’re ever in Barbados be sure to go look them up.

We took the dinghy in to meet them, carrying our garbage and laundry ashore. (NB, one thing about cruising is there’s always the quest for somewhere to dispose of your garbage and somewhere to get laundry done). We chatted with Ron for a long while, he’s a great storyteller! He also gave us some great suggestions about boat systems including how to set up a safe filtration system. Then Ron set off with his charter and Rosalia graciously took us to run errands around Bridgetown. She took us to breakfast at a place called Tiki Pies that I didn’t get a picture of but wish I had. Fantasy little savory pies. Then we dropped off the laundry, went to the grocery store for some fresh veggies and meat, and returned to the boat. Ron and his uncle Bizzy came out to the boat later on and Ron showed me how to repair a chafed line, which was totally neat and I wish I’d gotten some pictures of it. In the evening he took us to Bubbas where I finally did get my Cheeseburger in Paradise. In the Caribbean… ya gotta, y’know?