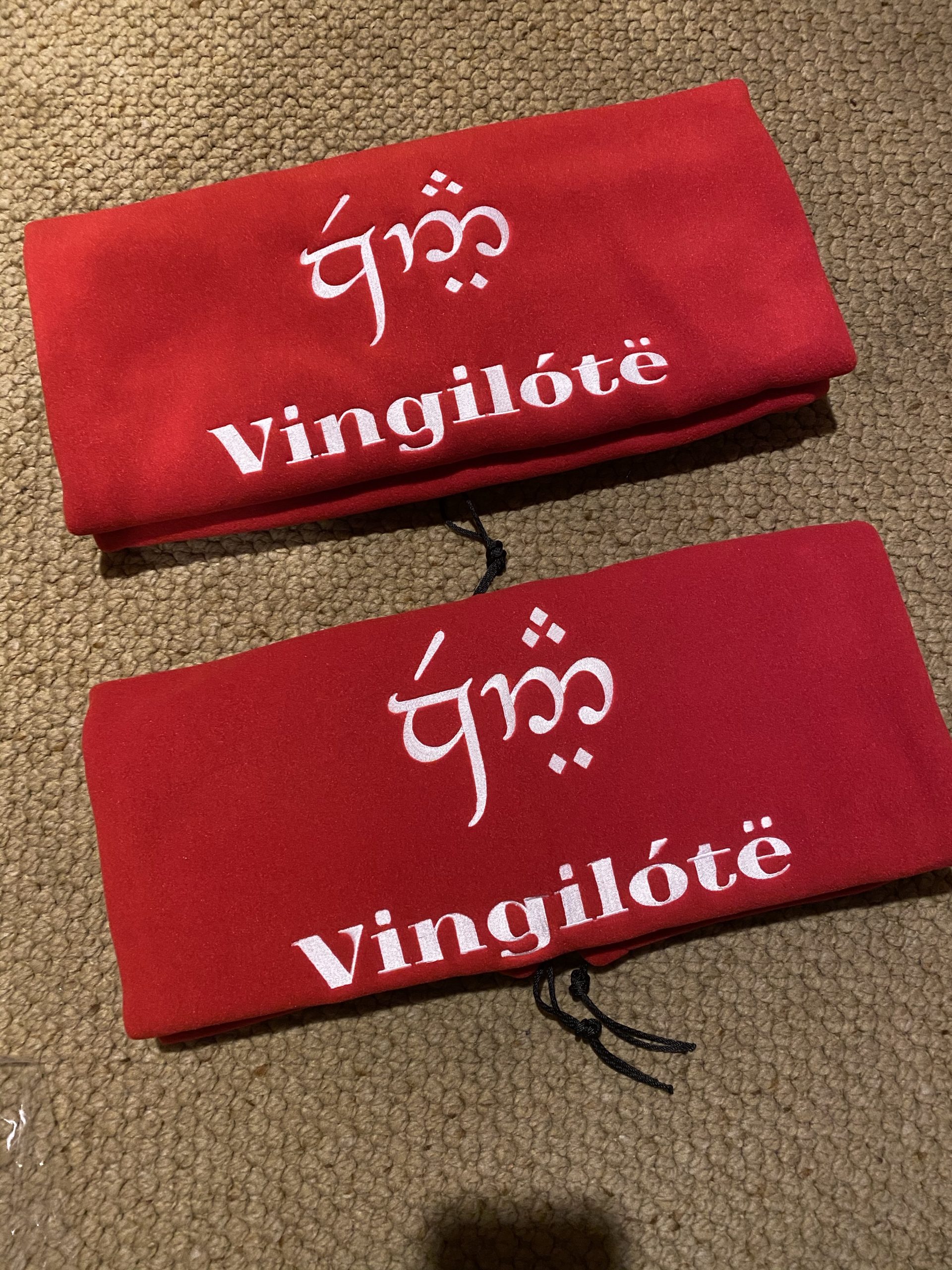 Fenders are the bumpers used to protect your boat when it’s tied up against or near another boat, jetty, quay, wall, or such. Typically they are a (permanent) plastic-like blow-up ball or cylinder.

How many, what size, where, is, as with all such things, a deeply religious discussion. Generally speaking the recommendation is at least one fender per 10′ of boat length. Some people prefer round, some people cylinders. In some cases, for example to protect from a piling, you use two and strap a board across them and have the board hit the piling, so the fender can’t roll out from between the piling and the boat.

Vingilótë has eight: I think for fenders, I’d rather have too many than too few.

Our fenders are Majoni Cylinder 6, a Dutch brand (not my choice: the boat was built in South Africa, so easier to get European brands I guess), 900mm long and 300mm across. They have an eye to tie lines to at the top and bottom so you can tide them sideways or vertical.

Before the lauch I very last minute decided to pick up some fender covers to protect the hull from scratches. The fenders are typically a fairly hard plastic or vinyl, and it’s easy for grit or rougher to get stuck in them and scratch the hull, or, in our case, wrap. I quickly picked up some fender covers, knit polyester, on Amazon.com and took them with me. They were black, sized for an American brand, so 12 inches across and 34 inches long. Twelve inches is 304.8 mm, not 300, but close enough. Thirty-four inches is 863.6mm, which should be okay. But they were for a center-line fender where the line runs through a hollow channel through the center of the fender, and apparently meant to tie tight around the lines at either end. For our fenders they were too long. They did the job, though, and protected Vingilótë’s hull and the wrap!

But they were too long, so they hung in the water and got less neat looking over time. And, on a few places along the way, the knit fabric didn’t hold up well against very rough harbor walls. Obviously not what we wanted for our girl to look her best!

So I hunted around and found a place that makes custom fender covers. Maine Coast Marine Products. Though they did not support the brand we had, I contacted them, and they were happy to make them to exact fit to the fenders, and embroidered them with Vingilótë’s name, in Elvish, and English. Both from the actual vector diagrams used for the wrap.

They are neatly and made out of an incredibly soft, thick fleece.

And they look awesome on Vingilótë, at the International Boat Show in Miami (you can still see one of the old black fender covers near the bow):

6 comments on “Fender Covers for Vingilótë”