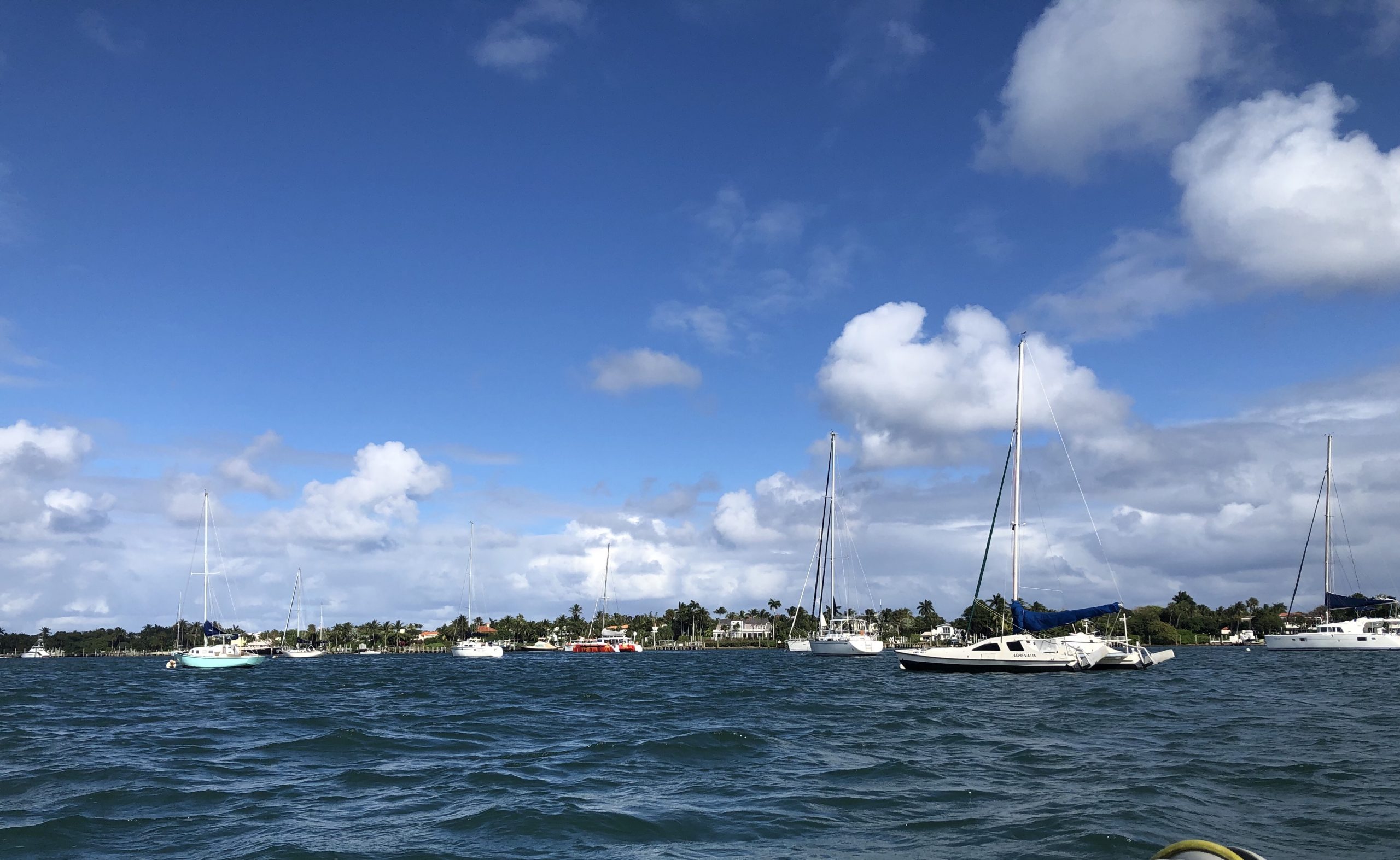 After a long, hard day of sailing we got to our moorage around midnight. Tying up to a mooring ball in 25 kts of wind is challenging, especially in the dark. Basically the mooring ball is just a big float, securely anchored to the bottom of the lagoon. To tie up to one, we drop a line off the front of each bow, run it through a ring attached to the ball, then tie the mooring lines back to the hull. This is tricky on a boat as tall as Vingilótë because the deck at the bows is 7’ above the water, so even with a boat hook it’s difficult or, in my case, impossible to reach.

So, instead, we tie both mooring lines to a long rope which we bring around the port side to the stern (back of the boat) , which is right at water level. Then Edwin, who was driving, brought the stern around to the mooring ball. This is really difficult in 25+ kts of wind: the boat has strong opinions about where she wants to go, but Edwin wrestled her into position.

George then hooked the ball with the boat hook, and I ran the long line through the ring. Tied it off quickly so we were attached to the ball, then pulled that line in to get both mooring lines looped through the ring and secured the ball in front of and centered between the hulls.

At least, that was the plan. Unfortunately, it didn’t quite work. In the high winds we were moving faster than I thought. I ran the line through the ring on the mooring ball, but when I tried to tie off to the clear on the back of the boat I got the fingers of my left hand caught in the line. Got blood all over the place (fingertips bleed like crazy, even from minor injuries as anyone who’s ever gotten a paper cut know), and even worse, the lines were twisted so we could not pull them through the ring.

Did I mention it was cold (by Florida standards) and pouring rain? This at least serves to wash the blood off the deck and dinghy.

In retrospect, we could have just anchored and dealt with getting onto the ball in daylight. But this is a routine we’ve done dozens of times, though admittedly on smaller boats. It should have worked.

But we got moored, George and Valerie took the dinghy and went home, and I went inside so Edwin could bandage my hand. And then it was bedtime!