Balance Video on our Solar Panels 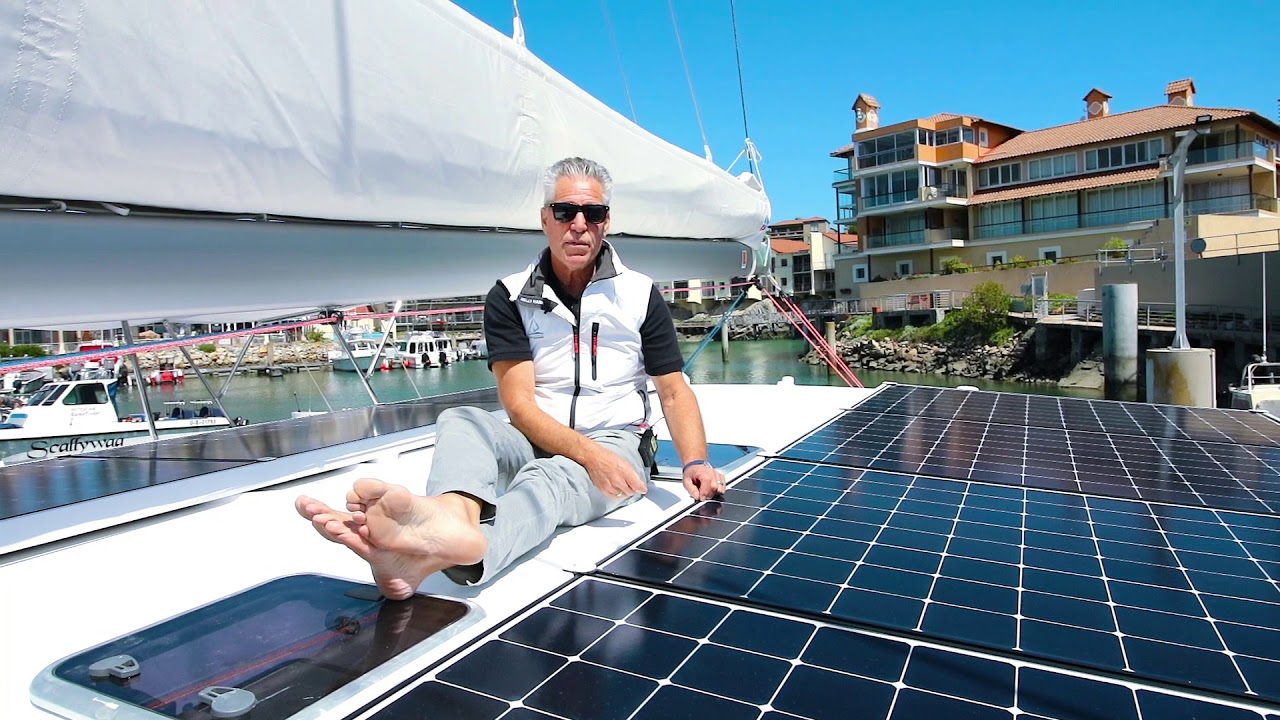 Balance Catamarans did a video about solar panels that shows the design I did for Vingilótë: she has seven SunPower E20-327 panels, each on its own solar charge controller, mounted three and four in a raised composite frame.

We chose these panels because they are mono crystalline panels with the highest efficiency you can find. Each panel, given optimal conditions (sun shining straight down), produces 327W. At the factory, when we tested them the seven panels produced between 350 and 363W!

Why the seven solar charge controllers?

If you shade 10% or so of a solar panel it stops producing power (it will actually draw power, but the solar charge controller will prevent that). If you put that panel in a bank on a single controller and that panel is more than 10% of the bank, the whole bank stops producing power. With this set up, we lose as little of the solar panels due to shading as possible, maximizing the overall output.

Why the raised mount frame?

Solar panels get less efficient as they get hotter. Having them mounted in a raised frame allows air to flow under them and cool them. Furthermore if you mount them directly on the cabin top, the heat those big black slabs of crystal absorb has to go somewhere, and the composite of the roof is not the best place for that!

3 comments on “Balance Video on our Solar Panels”