Dog Overboard (in the marina and he’s fine. 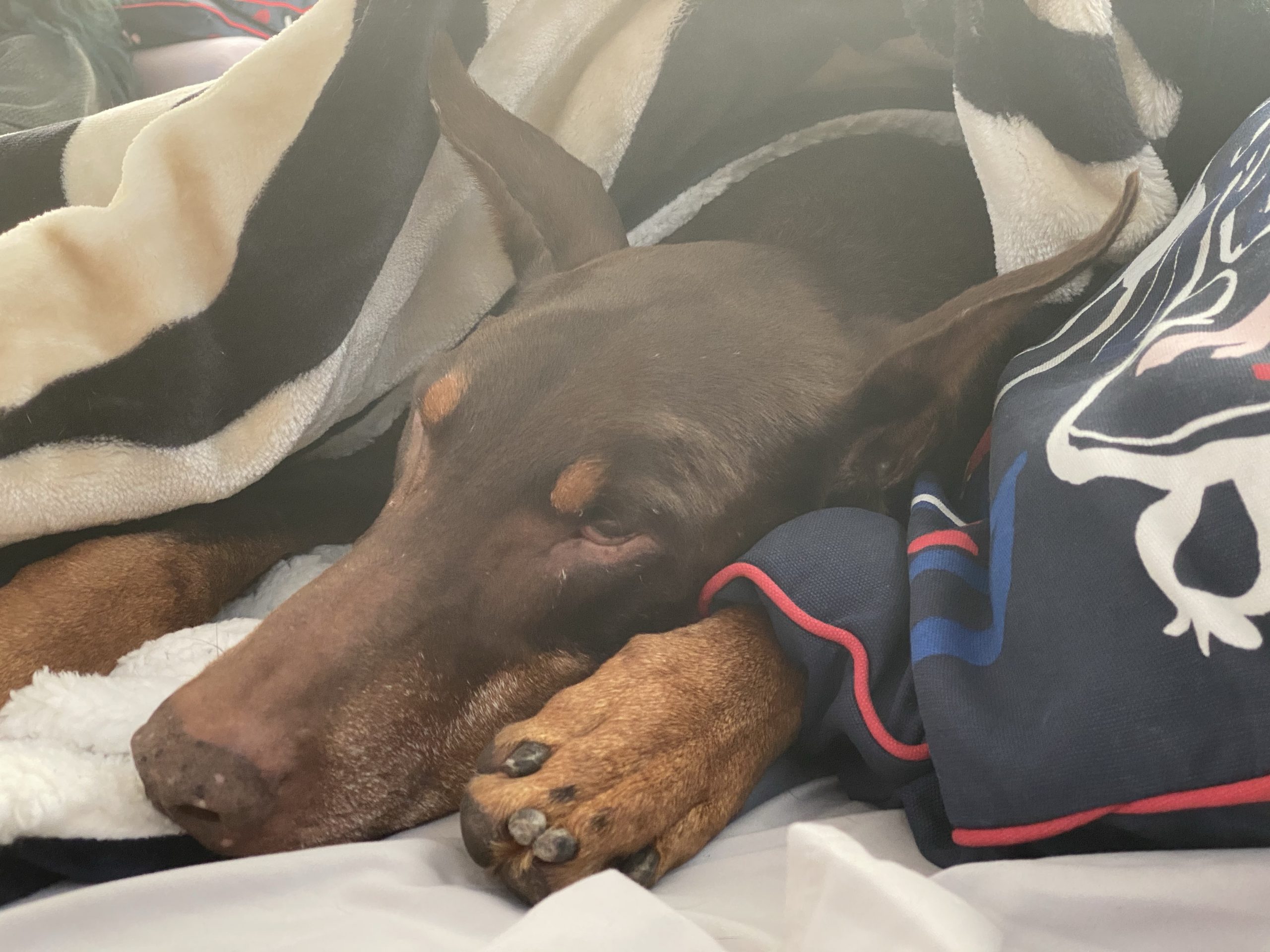 We’re on the boat in the marina and Irene was taking Strut for his morning walk (as I’d been working ‘til after 1am), wearing his sweater.

To keep the dogs from defending the entire dock we pull in the slide out gangplank when we don’t need it, so Irene first had to put that out.

And then there was a splash, I jump out of bed (with the dogs we lower the table and sleep in the saloon) and was halfway there when Irene shouted, and found Irene on the sugar scoop holding Strut’s collar.

Strut was in the water, wearing his sweater. I’m taking a look and figured the back step of the sugar scoop is low enough and his neck and throat string enough and pull him by his collar, grab bits of dog and get him on the boat.

So there I was at not even 7 o’ clock at 40 degrees Fahrenheit stark naked wrestling a soaking wet, cold 90 pound dog in a soaking wet sweater.

We got him dried off, inside, wrapped in a thick fleece blanket, wrapped his Big Boss around him, and another blanket on top of that, and his Lady Boss sandwiching him from the other side.

Apparently he got impatient with Irene putting out the gang plank and decided to jump in the water and swim ashore.

Apparently he did not realize that, according to the boat’s instruments, the water temperature is 53.4 degrees Fahrenheit (11.8 degrees Celsius).