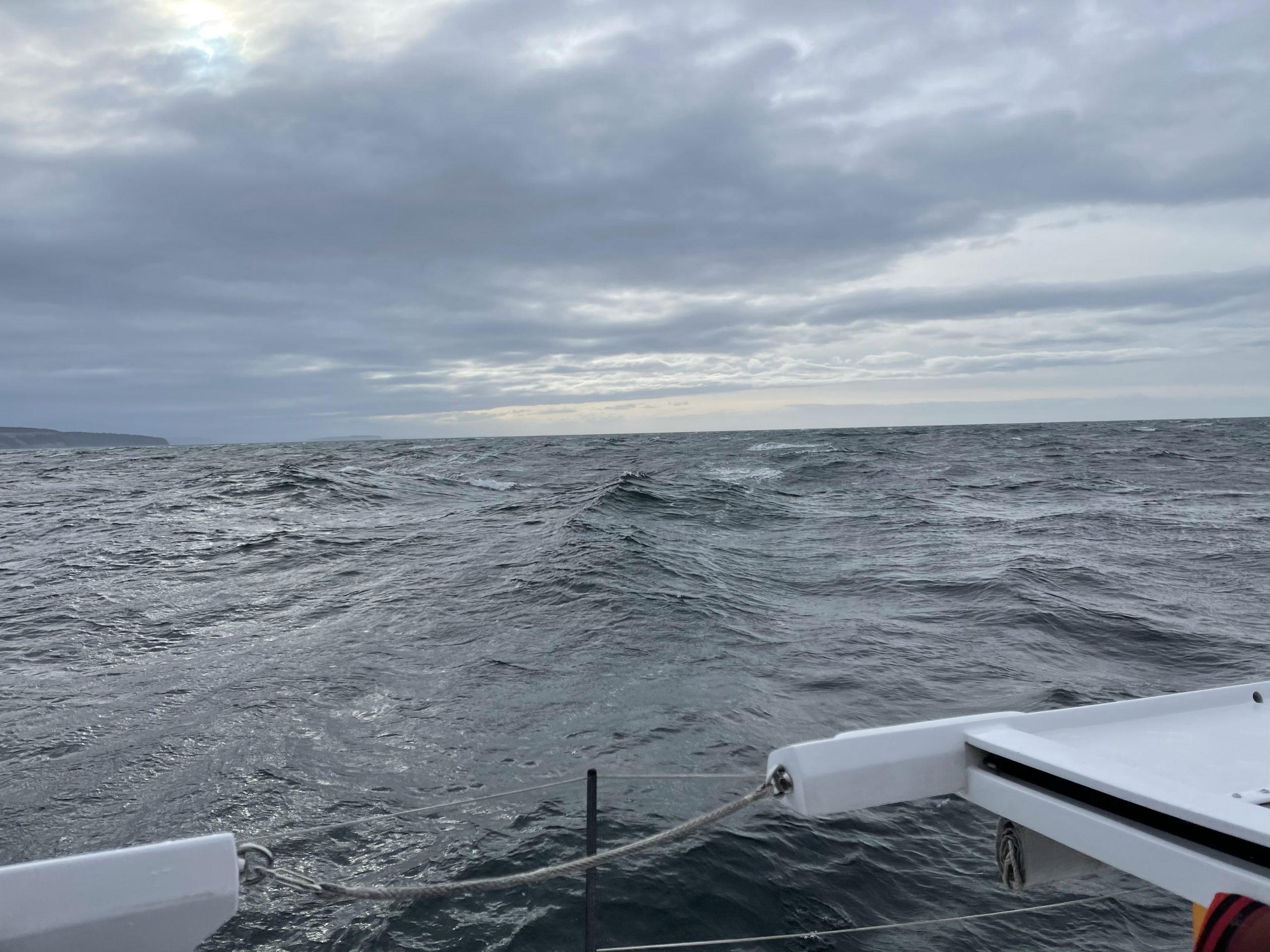 The 15-25 knots of wind from the SW moving to 20-30 from the West, prompting a small craft gale warning, did not materialize.

We were motor sailing SE with full main sail and jib up, hoping for some winds. Irene pointed at a line in the water, about 5 boat lengths ahead, asking if that was a sand bank. I checked the maps, it was 300+ feet deep.

When we crossed the line, the 3 knots of Southeastern wind became a 25 knots Western wind, as if someone had thrown a switch.

We went down to two reefs and had great fun sailing: 17.5 knots STW (Speed Through Water), 15 knots SOG Speed Over Ground).

Then we hit the Strait of Juan de Fuca: 32+ knots TWS (True Wind Speed). With a fetch (runway for the wind to build up wind driven waves) out to the Northern Pacific Ocean driving straight into 3 knots of tidal current rushing out.

Vingilótë was her usual confident, magnificent self. Irene fought with the mainsail to get it down to the third reef, but the wind moved enough to not easily be able to unload it (we may run a line at reef 3 in the future when we expect bad weather). We grabbed some wind cover behind a small island, put in reef 3, and sailed across.

Not the smartest decision for the situation, but it was worth doing this in reasonably bounded conditions.

Even with 3 reefs in, an AWA (Apparent Wind Angle, where the wind feels it is coming from) of 40 Starboard, to not take the waves on the beam and avoid a bunch of rocks, we did 12 knots. The waves exceeded 8 feet. Not that bad a deal, but that was against the tidal current. Ugly.

We made it, dropped sail in the cover of Port Townsend and anchored for the night in Marrowstone Island as the wind was predicted to go higher than 30 knots into the evening, so we wanted some protection from that while at anchor for the night!