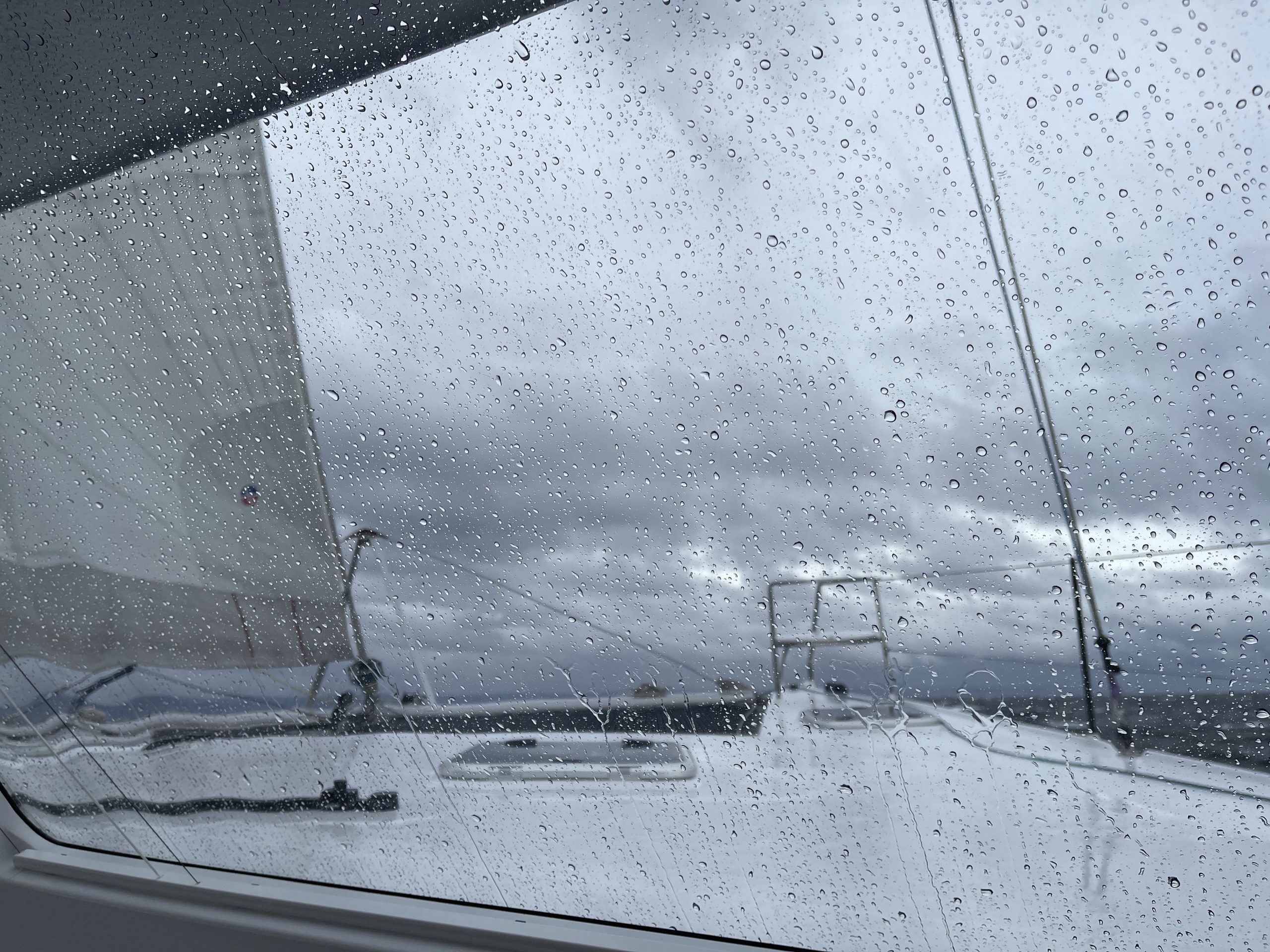 We set off, rounded the top of Marrowstone Island and ran into 20-30 knots of wind on the nose, and the tidal current of Puget Sound emptying into the ocean.

We were making 3 knots of headway on one engine (far more fuel efficient than running both). After an hour of trying to find cover from the wind, the wind driven waves, and the tidal currents, we decided to raise sails.

We raised sails, the main triple reefed, the self tacking blade jib out full, and tacked our way over 30 nautical miles (shortest route: tacking across that makes it longer) to Shilshole Marina, with wind up to TWS (True Wind Spped, how hard it is blowing to an outside observer) of 32 knots and AWS (Apparent Wind Speed, how hard it is blowing on the boat) of 39.5 knots, tacking around a few ferries, a few logs, and the wind shifting.

The amazing Vingilótë even let me drive her upwind as close as 20 degrees AWA (Apparent Wind Angle, the angle to the wind you feel on the boat).