Tracing Shorepower Failure … to a cord 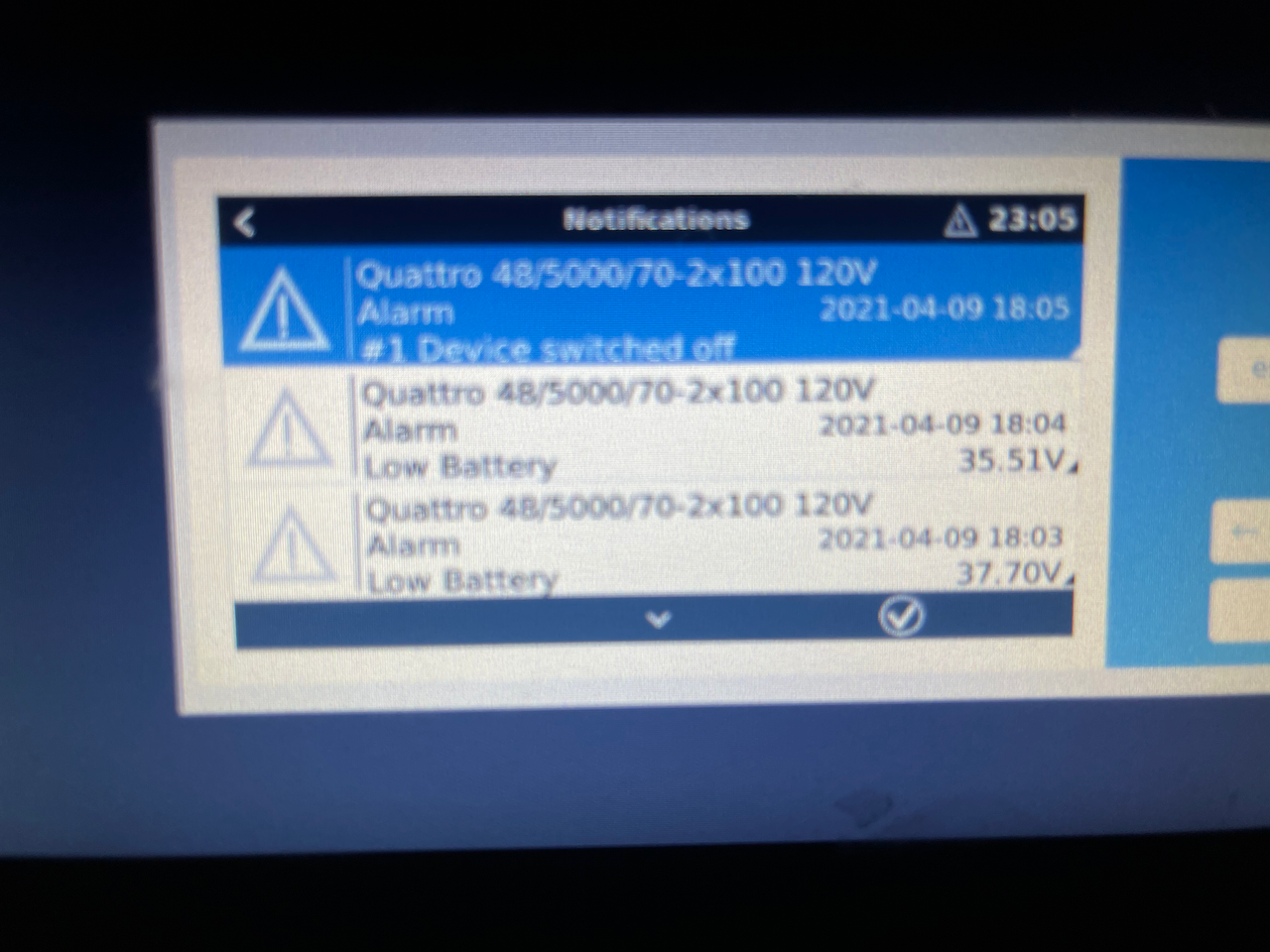 We came aboard and found the main Integrel switch had cut off the 48V bank because of low voltage.

Tracing it, the autotransformer was not working, but all the breakers were fine. We swapped the autotransformer (we’d wanted to go up to a 100A model anyway), and that didn’t do the trick. Measuring it, we finally found the neutral in the harbor power pedestal only showed 50V between it and ground. … We opened it up and found the connector was barely hanging in there.

We replaced it and … found 50V at the autotransformer.

More troubleshooting ensued and we finally found it measuring continuity in the brand new SmartPlug 30A 50′ shore power cable. Even though we had the molded-on plug, it apparently pulled loose the connector in the plug enough to where it much of the time only gave at best 50V on the neutral/ground. Friends of us that were coming up anyway picked up a new cable at Fisheries Supply and when plugged in all was happy again. And we now have a spare autotransformer …

Serves us right for not first measuring every leg of the trip, but who’d ever heard of a brand new SmartPlug cable going bad?