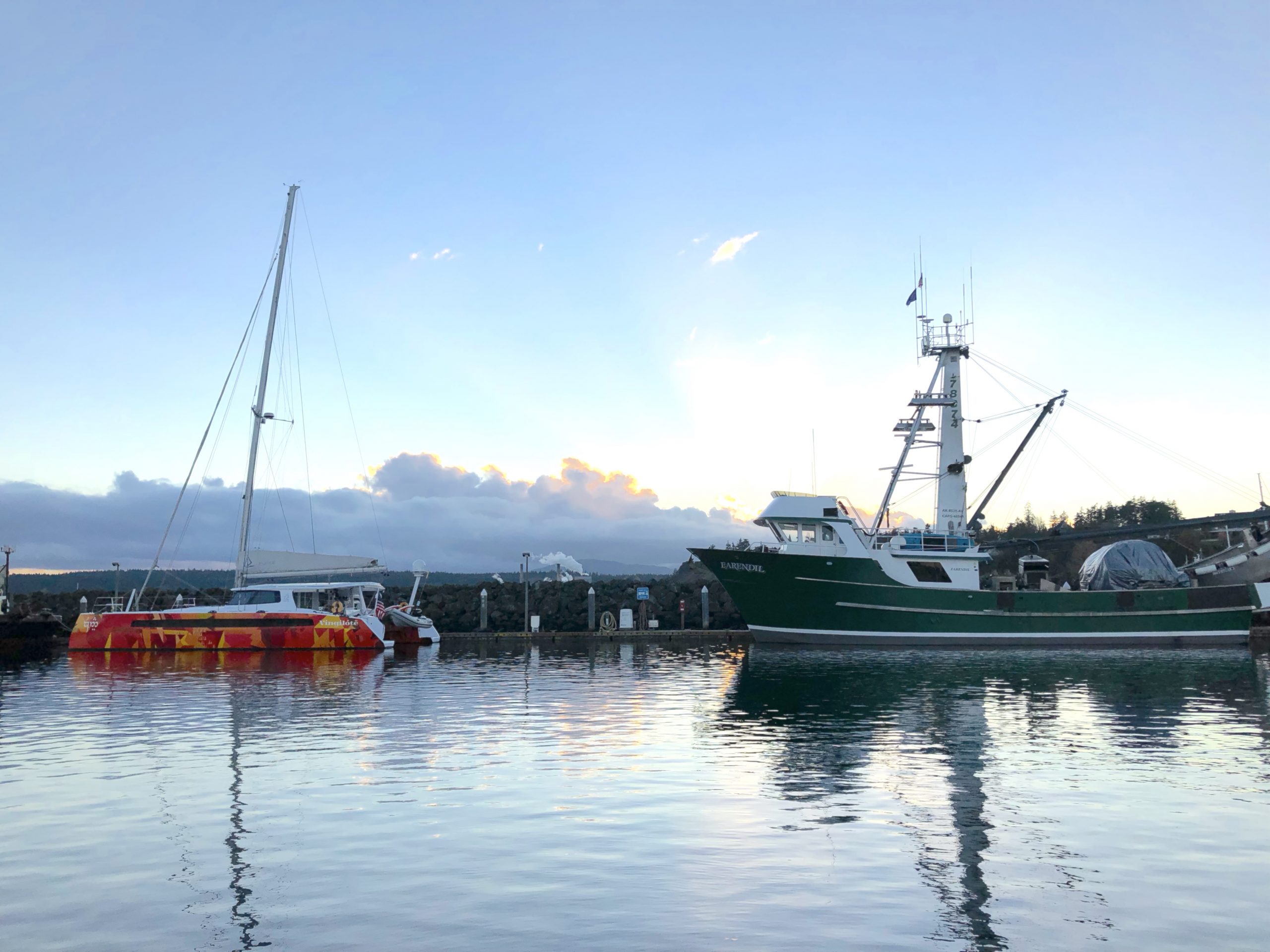 For those who may not know, the name of our boat comes from JRR Tolkein’s Middle Earth. As described in The Silmarillion, Vingilótë was the ship in which the great half-Elven mariner Eärendil (father of Elrond, of Lord of the Rings fame) and Elwing sailed to Aman, the blessed Realm and haven of the Valar, to seek their pardon and assistance.

So, this lovely, sunny afternoon we were tied up at the linear dock in the lovely marina of Boat Haven, in Port Townsend. And imagine the name of the boat that tied up behind us?

That’s right. Earendil, a fishing trawler visiting from Alaska. Her captain, owner of Elessar Enterprises, has other boats named Shadowfax, Anduril, and Orcrist.

Seriously. What are the chances that two boats, not only from the same obscure fantasy novel, but thematically related to each other being in fact named for a character and his ship, would end up moored bow to stern in a small marina in Washington? Unbelievable!

Alas, Earendil was only in harbor for a few hours, but I’m sure we’ll meet again!